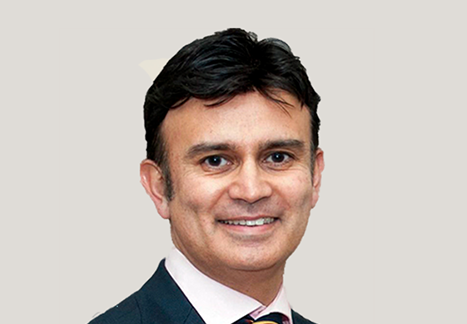 Biography
Mr. Syed Tahir Hussain is a Consultant for Vascular Surgeons. He was appointed in 2000 as General Consultant and Vascular Surgeon at Tooting and Clapham Clinics. His full name is Syed Tahir Hussain and so his name appears on the General Medical Register, although he is known as Tahir Hussain. It manages all aspects of vascular surgery, including diseases of the arteries and veins. He is an expert in all minimally invasive procedures, including local anesthesia with a laser of the veins and thermoablation of varicose veins. He is an expert in the field of injection sclerotherapy for blood vessels and other aspects of venous disease. It also addresses all aspects of venous disease, including aortic aneurysm, peripheral vascular disease, and carotid artery disease for stroke prevention.

Professional statement
Mr. Syed Tahir Hussain is an outstanding vascular surgeon specializing in varicose veins and deep vein thrombosis. Working at many of North London’s leading hospitals, Mr. Hussain manages all aspects of vascular surgery and is able to treat patients using the latest minimally invasive techniques, including thermal vein ablation and injection sclerotherapy. Mr. Hussain earned his medical degree from St George’s from the University of London, followed by his surgical training at leading centers of medical excellence including St Bartholomew’s Hospital in London and John Radcliffe Hospital, Oxford. Mr. Syed Tahir Hussain founded and currently runs a large Vascular Department that specializes in intravenous and carotid surgery. As a teacher at the Royal College of Surgeons for the past ten years, Mr. Hussain is heavily involved in educating the next generation of surgeons.

Prizes and awards
Professor Hunterian, awarded by the Royal College of Surgeons of England

Select a doctor and schedule an
appointment.

Search our locations to find the
one nearest you.

We are a medical clinic that incorporates compassion and dedication to promote your well-being.

A Quick word from You...

If you want to send us a fast message or to call u, please feel free to do it and we’ll get back to you as soon as possible.